Say hello to a Mac that is extreme in every way. With the greatest performance, expansion, and configurability yet, it is a system created to let a wide range of professionals push the limits of what is possible. Function defines form. Every aspect of Mac Pro is designed in pursuit of performance. Built around a stainless steel space frame, an aluminum housing lifts off, allowing 360 degree access to every component and vast configuration. From there anything is possible. Up to 28 cores of power. Create without constraint. Mac Pro is designed for pros who need the ultimate in CPU performance. From production rendering to playing hundreds of virtual instruments to simulating an iOS app on multiple devices at once, it’s exceedingly capable. At the heart of the system is an Intel Xeon processor with up to 28 cores — the most ever in a Mac. In addition, large L2 and shared L3 caches and 64 PCI Express lanes provide massive bandwidth in and out of the processor. 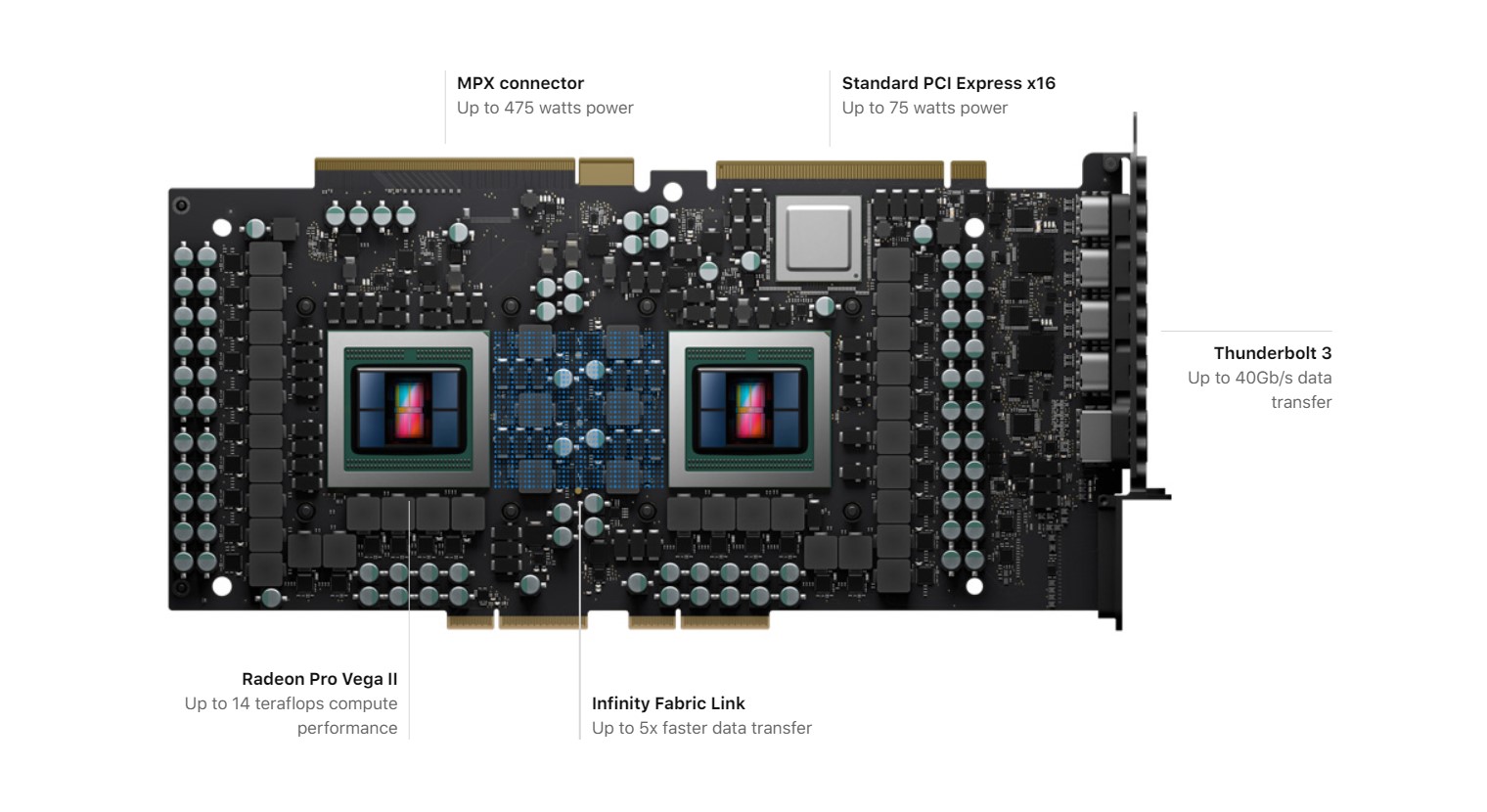 Squeezing every possible ounce of performance out of the processor means giving it a lot of power. In this case, over 300 watts. A massive heat sink keeps the system cool, enabling it to run fully unconstrained. Heat pipes move heat away from the chip, dispersing it along aluminum fin stacks. While three axial fans move air through the system. Forget everything you know about memory. A multicore workstation processor needs lots of memory to feed it. Featuring six channels of superfast ECC memory and 12 physical DIMM slots, Mac Pro allows for up to 1.5TB of memory. So pros working with large projects, analyzing huge data sets, or running multiple pro applications can make fast work out of all kinds of work. And while typical towers cram memory into hard-to-reach places, Mac Pro utilizes a two-sided logic board, making it easy to access. Up to 2933MHz DDR4 ECC memory Up to 140GB/s memory bandwidth Six-channel memory system 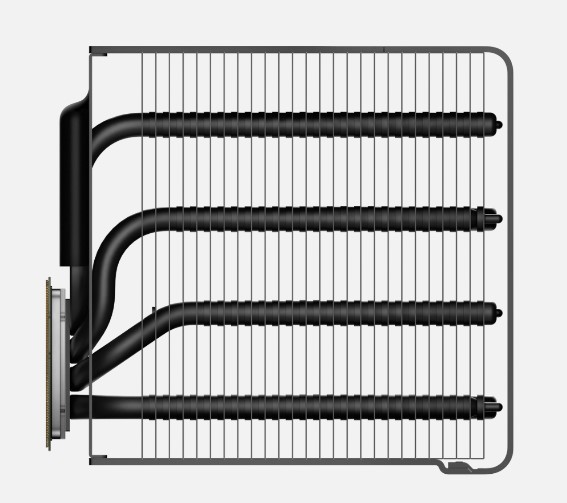 Mac Pro is designed for pros who need to build high bandwidth capabilities into their systems. With four double wide slots, three single wide slots, and one half length slot preconfigured with the Apple I/O card, it has twice as many slots as the previous Mac tower. Now you can customize and expand in ways never before possible in a single workstation. Extreme performance. By design. For many pros, a high-performance graphics architecture is critical to their workflows. Especially for tasks like animating 3D film assets, compositing 8K scenes, and building lifelike gaming environments. To give them the highest possible performance and take graphics capabilities to a new level, something groundbreaking was required. Introducing the Mac Pro Expansion Module, or MPX Module. A second connector. An industry first. The MPX Module starts with an industry-standard PCI Express connector. Then, for the first time in a graphics card, more PCIe lanes integrate Thunderbolt and additional power provided to increase capability. With up to 500 watts, the MPX Module has power capacity equivalent to that of the entire previous-generation Mac Pro. Radeon Pro Vega II Duo. Power plus power. With up to 14 teraflops of compute performance, 32GB of memory, and 1TB/s of memory bandwidth, the MPX Module with Radeon Pro Vega II is a powerhouse. For more power, two Radeon Pro Vega II GPUs combine to create the Vega II Duo. With double the graphics performance, memory, and memory bandwidth, it’s the world’s most powerful graphics card. The two GPUs are connected through the Infinity Fabric Link, which allows data transfer up to 5x faster between the GPUs. It’s huge for apps that are optimized for multiple GPUs. The world’s most powerful graphics card. Times two. Taking power one huge step further, Mac Pro supports configuration of two Radeon Pro Vega II Duo MPX Modules. The four GPUs combine to add up to 56 teraflops and 128GB of high-bandwidth memory. It’s a massive amount of performance built to tackle everything from GPU rendering to machine learning to particle simulations.